This remixed music video presents the contents of a three-minute speech by Hong Kong citizen Kwan Wing Yee on the occasion of a LegCo public hearing on the topic of Universal Retirement Protection, in an updated version of 2004 Cantonese hip-hop song , “This Land of Hong Kong” (“香港地”).

The song went viral on the Internet for its ingenious integration  of the decade-old Canto hip-hop that is hugely relevant to today’s Hong Kong (listen here), with Ms. Kwan’s clear, strong, and eloquent speech, characterized by her fiery temper that resonates with Hong Kong citizens’ many grievances against the government.

In her speech (select ”Subtitles”  under “Settings” on screen bottom right), Kwan points out that myriad problems and injustices in Hong Kong have remained unaddressed, including the unjustifiable appropriation of public money for White Elephant Projects while people’s livelihood and welfare are disregarded, selective law-enforcement and blatant police violence, and the lack of open and transparent investigation into allegations of graft and abuse of power among high-ranking officials, etc.

At Legco, Ms. Kwan’s last phrase was addressed to CY Leung, the high-ranked officials, lawmakers and police force: 呢個世界有一樣嘢叫“報應”，呢一刻我可吹你唔漲，但係世世代代嘅香港人都會放長雙眼睇下你地點折墮囉！／In this world, there is something called “karma.” At this moment, I might not be able to do anything, but generations of Hong Kongers will wait and see how you will pay for your mistakes!

According to a later Apple Daily report, Ms. Kwan expressed in an interview with a Hong Kong Baptist University publication that, after the her speech received public attention, she has been distanced by some of her friends, shunned by some of her colleagues, and scolded by strangers in the streets. However, she does not regret speaking up, vows to hold on to her beliefs, and is grateful for the support of her parents.

“This show is far clearer and more gripping than its original incarnation and something of a triumph. It brings many of Mr. Ai’s past efforts into focus as the juvenilia they often were, while making a persuasive case for his ability periodically to reconcile art and ideals and life—which in his case is usually, unavoidably, political—into a memorable balance.” —Roberta Smith, The New York Times 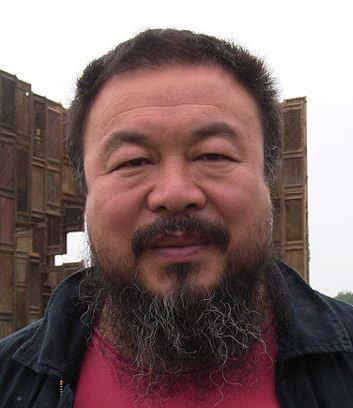