Lawyer Tang Jingling (唐荆陵) was criminally detained on May 16, 2014 on suspicion of “picking quarrels and provoking troubles” at Baiyun District Detention Center in Guangzhou, after police confiscated two computers and three mobile phones from his home.

Tang founded the “Non-violent Citizens’ Disobedience Movement” in 2006. He is a prominent human rights lawyer and has worked on major cases such as labor activist Li Wangyang’s suspicious death in 2012, and a 2005 graft case in which villagers in Taishi, Guangzhou attempted to impeach a local cadre. His lawyer’s license was not renewed in 2005. 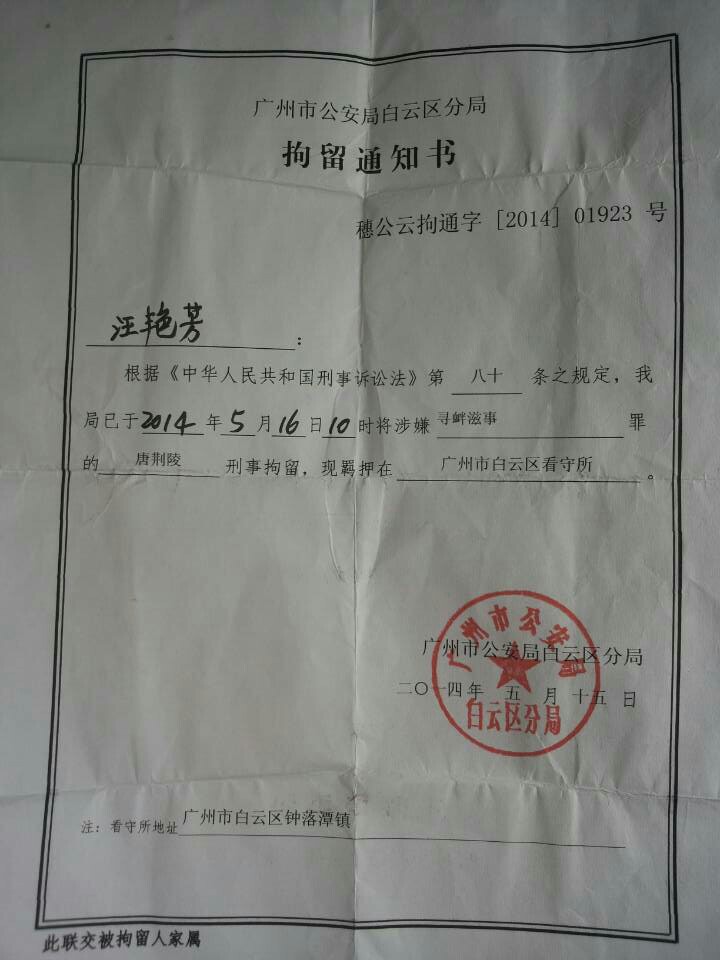