In her open appeal, Pu Wenqing (蒲文清), 85, mother of the detained Sichuan rights activist Huang Qi (黄琦), says that she learned from Huang Qi’s lawyer that despite Huang’s serious medical conditions, the authorities have refused to transfer Huang to a hospital for treatment. In a meeting on October 23, Huang told his lawyer that his blood pressure was high, and he was developing uremia. The detention center had set aside a room at its hospital for Huang and also arranged for a number of detainees to look after Huang, but the arrangement was rejected by the police case-handling unit, on the grounds of “not considering politics.” Pu believes that the case-handling unit is the ringleader in a plan to push Huang Qi toward to death step by step. She asks the central government to urge the Sichuan authorities to immediately send Huang for treatment in a hospital and investigate the officials responsible for obstructing the transfer.

Detained since November 2016, Huang was indicted in January 2018 on charges of “illegally providing state secrets abroad.” But the authorities have not yet brought him to trial. 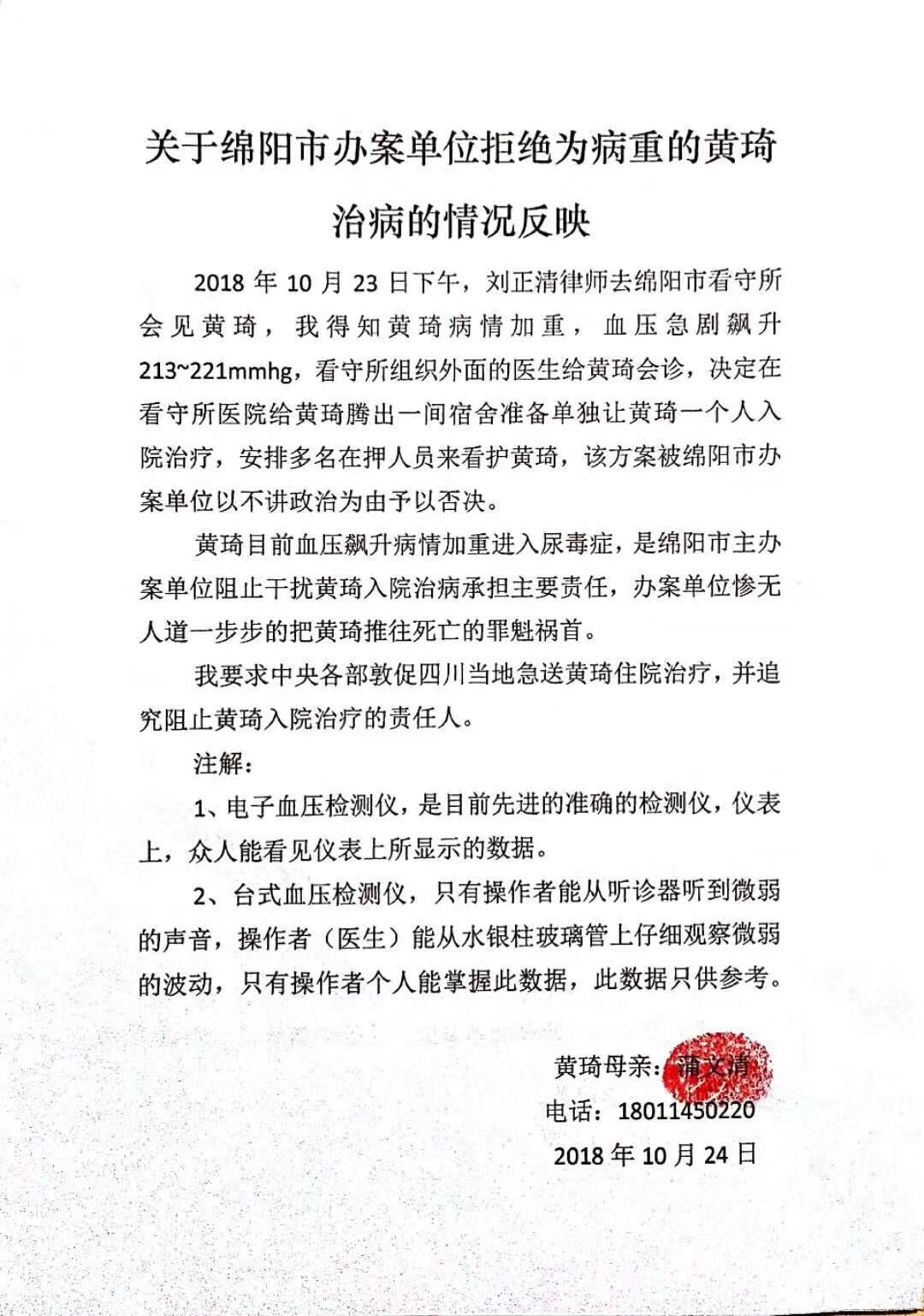