Yu Shiwen (于世文), an activist in the 1989 Democracy Movement, has been held without trial for more than 20 months in a detention center in Zhengzhou, Henan Province. Yu was first detained in May 2014 for organizing a 25th anniversary public memorial service to commemorate those killed during the June Fourth crackdown. Nine other activists, including his wife, Chen Wei (陈卫), detained at the same time, had been released subsequently.

Yu’s 20-month detention prior to trial appears excessive under the Chinese Criminal Procedure Law, even accounting for various statutory extensions of time, and factors such as the seriousness of the crime, complexity of the case, and the discovery of a new crime. It has been estimated that the CPL limits pre-trial detention to a maximum of approximately 13 months. [See: China Law Translate, “Criminal Procedure Timing Chart,” July 10, 2015.]

Yu was formally arrested in July 2014 on suspicion of “picking quarrels and provoking trouble.” He has maintained that he did nothing wrong. When he was indicted in April 2015, he issued a letter from detention expressing his pride in having made concrete efforts to remember the victims of June Fourth.

According to informed sources, he suffered a stroke during detention, stemming from congenital cerebrovascular anomalies that require daily maintenance medications.

Yu’s wife and family urge the international community to call on the Chinese authorities to unconditionally release him on humanitarian considerations and ensure he receives proper medical treatment. 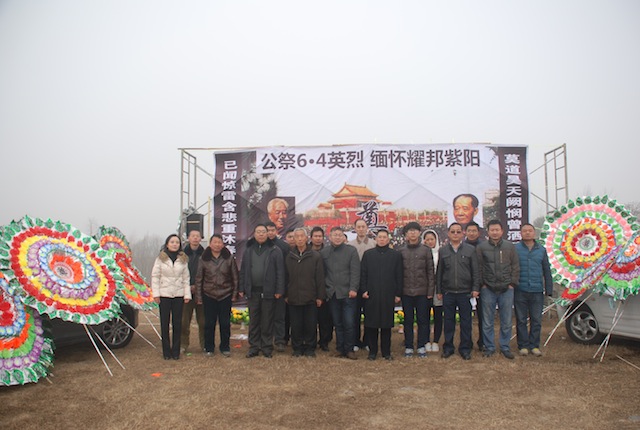 In April 2013, Yu and Chen organized the nation’s first public commemoration of June Fourth victims, which took place in Zhengding County, Hebei Province, where Xi Jinping once served as Party Secretary. They chose the location to signify their hope that under the new president, the government would account for their actions in 1989. In February 2014, the couple organized another public memorial to honor June Fourth victims, as well as two late General Secretaries of the Communist Party of China: Zhao Ziyang, who supported the Democracy Movement, and Hu Yaobang, whose death on April 15, 1989 sparked the beginning of the democracy protests. More than 30 people attended the commemoration, held in Zhao’s hometown of Hua County, Henan Province, during which they read a eulogy signed by more than 40 people urging political reform and political rehabilitation of the 1989 Democracy Movement.

Yu and Chen were student leaders in the 1989 Democracy Movement in Guangzhou. They were imprisoned for their involvement in the protests. They married after their release from prison and have made Zhengzhou their home.