On the eve of the Host City election at the 128th International Olympic Committee (IOC) session in Kuala Lumpur this week, we write to urge the IOC not to take any action that will damage further the Olympic brand, IOC credibility, and unique Olympics spirit.  In light of the human rights issues already identified in the IOC Evaluation Commission June 2015 report, recent and ongoing domestic developments raise serious questions regarding the IOC’s confidence in the government of China’s capacity to deliver on its pledges to address these concerns.

Following the IOC Evaluation Commission visit to China toward the end of March and the issuance of its report in June, an unprecedented nationwide crackdown on lawyers targeting human rights lawyers and activists was launched in early July 2015. Carried out by public security authorities and the Party propaganda departments, this mass crackdown involves both detentions and a vicious official campaign to smear the reputations of individual lawyers and to attack what it calls “a suspected criminal syndicate formed through the collusion . . . among weiquan [rights defense] lawyers, their helping hands, and petitioners.” To date, about 255 individuals have been questioned, detained, or put under residential surveillance. A number of these individuals have had their homes and law firms subjected to searches.  Family members, including a minor child, have been targeted, intimidated, or harassed.

The international community’s response to date has been strong and swift, including:

(See HRIC webpage on the crackdown for more details).

Also, domestic voices have defied extensive surveillance, civil society restrictions, and Internet censorship, to speak out online about the motives and methods of this mass crackdown campaign. It is worth noting that among the issues they highlighted is the implication of the crackdown for the integrity of the judicial system—a concern also raised by the IOC Evaluation Commission.

The government of China has pledged to the Evaluation Commission that it would respect the Host City Contract and the Olympic Charter, and the IOC itself declared that it “has to respect the laws of a sovereign state.”* This current mass campaign targeting lawyers—key actors to ensure the integrity of a legal system—demonstrates that the government of China is not even respecting its own laws, especially laws protecting freedom of expression, rights of lawyers, and the due process rights of individuals in the criminal justice system.

In light of these serious developments in China in July, we urge the IOC to delay the scheduled Host City election to enable time to review these new developments and their impact on the candidate city’s appropriateness as a potential host for the 2022 Winter Olympics.  The review and discussion of these serious developments should be placed onto the urgent agenda of the Kuala Lumpur meeting. This is the responsible action to take for all the stakeholders concerned.

* In an earlier version of this letter, the second half of this sentence was erroneously phrased as: “. . . but it also declared that ‘the IOC has to respect the laws of a sovereign state.’” ^ 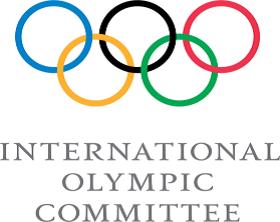 Thank you for your recent letter to International Olympic Committee (IOC) President Thomas Bach, who has asked me to reply to you on his behalf.

As you outline in your letter, the 2022 Evaluation Commission considered the views of independent non-governmental organisations – including Human Rights Watch - with respect to human rights, labour rights, media freedom and the environment in assessing the candidatures of both Almaty and Beijing.

The Evaluation Commission raised these issues with the governments and local authorities as well as with both bid teams, seeking and receiving assurances that the principles of the Olympic Charter and the Host City Contract will be respected in the context of the Games. This includes assurances on non-discrimination, as well as Internet access, media freedom, labour rights and the right to demonstrate during the Games.

Following the election of Beijing as the Olympic Winter Games host city for 2022 during the 128th IOC Session in Kuala Lumpur, and in keeping with the IOC’s commitment to good governance, transparency and ethics, the Host City Contract has been made public on www.olympic.org.

We wish to underline that the IOC has a systematic and ongoing relationship with a number of external organisations, including Human Rights Watch, Committee to Protect Journalists or Transparency International, to mention a few, in addition to a strong partnership with the United Nations and several of its agencies.

Where cases of mistreatment or abuse are identified - and clearly related to the staging of the Olympic Games - the IOC has a long-standing commitment to follow up on those issues.

Whenever we receive detailed allegations from such non-governmental organisations, we have undertaken to obtain precise and clear responses from the organising committee and, through them, the local authorities.

We continue to invite organisations, such as Human Rights in China, to provide us with the details of specific cases related to the staging of the Olympic Games, which allows us to deal with them on a case-by-case basis and to push for action when necessary.

At the same time, the IOC as a sporting organisation acknowledges that outside of Games time or the context of the Olympic Games, it must respect the laws of sovereign states. It is not a world government.

Our role is to ensure that the Olympic Charter is fully respected in the context of the Games, and that when it comes to evaluating Candidate Cities and electing host cities, we have the necessary guarantees that there is no discrimination of any kind; guarantees which to date we have received.

We thank you for taking the time to write to us.